The National Health Service in Germany

Germany is known as one of the world’s best health systems. Here, the health system has an extensive network of hospitals and doctors, even in the remotest areas of Germany.

Medical devices are equipped with the latest technology

In case of treatments you don’t have to prepare yourself for long waiting periods, as waiting lists are rarely spread. Unlike other countries the medical health service is provided with the latest technologies and facilities. Moreover it doesn’t make any differences when it comes to providing insurance benefits. That means, that everyone has access to the National Health Service regardless of income group or social class one belongs.

German National Health Service belongs to the most expensive one’s

Although the German National Health Service has many advantages, it still has some drawbacks. The most significant drawback is the cost point of the national health insurance. Above all it’s the most expensive in the world. Due to the fact that the free health care does not exist, any medical care by the insurance or the policyholder is paid itself.

Since January 2009, every in Germany living person is obliged to have a health insurance.The national health insurance is compulsory in particular for the following groups:

Students from countries with which the Federal Republic holds social security agreements may continue to be insured with the health insurance of their home country. In that case theso-called EHIC provides support. As a result the owner of the EHIC receives medical care according to the same conditions as a German citizen. If you plan to stay for a long time in Germany, an appropriate health insurance must be signed with an insurance company.By Contrast self-employed and freelancers should think about signing a private health insurance.

Who can enter the private health insurance?

In general, anyone who doesn’t find himself in any of the above mentioned groups may take a private health insurance into account.

Private insured have to pay in advance

If you are interested in becoming a member of the private health insurance, you have to prove an annual income of at least 60,750 euros. If the level of income among workers plays an important role, it can be left out with officials and freelancers. If an increased health risk is identified, the insurance company isn’t allowed to reject him/her. Contrary to this the insurance has to offer him at least little powerful base rate.

Provisions protect from higher costs of treatment in the future

With increasing age, the policy holder must accept the fact that they have to pay higher sums for treatment and medication. To protect the policyholder from high costs of treatment in case of illness, the private health insurance sets up provisions. Here, a part of the to be paid insurance premiums is invested on the capital market. If a change of insurance is planned insurants have got the possibility to take on until then saved provisions.

change back to the national health insurance – only under certain circumstances

A change back to the national health insurance can only take place if the following requirements are given:

Responsibility is a top priority in Germany

Not only is the health insurance crucial, but also other form of insurances. If an accident occurs with physical injuries and material damage you will be blamed for it. Being involved in small accidents can happen so quickly that it’s useful to take a look on to some important insurance:

If you own a car or motorcycle this insurance is mandatory. The registration of a car can’t be carried out without this policy. In case of damage the insurance will cover all costs. The insurance premium can vary greatly depending which tariff you pick. Furthermore the size of it depends on criteria like vehicle class, age of vehicle and the number of years without having an accident. The automobile liability insurance is divided into two different areas:

protection of damages through:

suitable for 8 until 15 years old vehicles

Many accidents happen in the free-time

Through the employer you are member of the national accident insurance. If an accident occurs during the working hours or on the way to work and back the employee is insured. Nonetheless, most accidents occur during leisure time. With your signature you insure the accident event that leads to a disability. In this case, the insurance company pays you a disability pension depending on the seriousness of the injury. Anyone who wants to be totally covered can also integrate additional insurance benefits like hospital cash, cosmetic surgery and recovery costs.

Germany applies the principle of social security. Therefore every citizen is granted a certain standard of living. Similar to the health insurance the insurants vouch for each other. In general, the legal pension is paid from the compulsory contributions of the workers. These are collected from the monthly gross wages of the employees. However, these contributions are not saved up, but immediately passed on to the current pensioners. This phenomenon of handoff is also called generational contract. This means that the younger generation pays for the older population. Due to the fact that fewer and fewer workers finance the pensions of numerous pensioners the government increased the age at entry on 67 years.

How much pension you get at the end of the day depends on the size and number of paid insurance premiums. Not only workers provide a pension structure, but also parents dealing with raising children. The time, spent bringing up one’s children is recognized as contribution periods of an average worker. For every child that is born before 1st January 1992, the parent gets the first 24 months confirmed as contribution period. By contrast parents that have born their child after 31st December 1991 get the first 36 months confirmed.

An option to save privately for pension, offers the private pension system. If a policyholder chooses to save via the private pension insurance, he is going to open a savings plan. Every month that passes the policyholder pays a determined amount into the savings plan. If the contract is about to expire the insurant has got two possibilities to get hold of the money. Either he can agree on on-off payment or insists on payment of a monthly pension. By choosing the monthly pension you receive the payment until you die.

In contrast to the private pension insurance the savings share is directly invested into is one or more mutual funds. These mutual funds invest in different securities and assets, such as stocks, real estate or bonds. How the expected pension develops itself depends to a large extent on the performance of the investment fund. That’s why; it is advisable to select the investment funds only after thorough research. If the selected fund shows a positive performance good returns are possible. Nevertheless, one must also take losses into consideration.

As all other forms of private pension insurances too, the old-age pension scheme devised by Walter Riester gives you another possibility to save for your pension. By doing so, you pay monthly contributions into an insurance contract. This type of pension is particularly suitable for low earners and families. The sooner a so called Riester-Rente is signed the more attractive are the returns. If you sign a Riester contract before the age of 25 you get a start-up-bonus of 200 euros. Families with children born before 2008 receive allowances of 185 euros per child. By contrast, families with children born after 2008 receive allowance of 300 euros per child. The state also takes part in the savings period by giving each insurant 175 Euro per year.

A company pension scheme is given if the employer offers retirement benefits in situations like retirement, disability or death.

As the name already quotes, the life insurance protects the occurrence of a specific life event. This can be death for example, but also other drawing events. If such an accident occurs the policyholder gets all contractually agreed benefits. Three types of life insurance are generally distinguished:

With the intention to begin a new life in Germany expatriates have to confront themselves be very helpful. That’s why it’s recommended to deal with the issue thoroughly, make comparisons possibly or take consultancies into consideration. In that case you find the insurance tariff that complies with your profile and necessities. 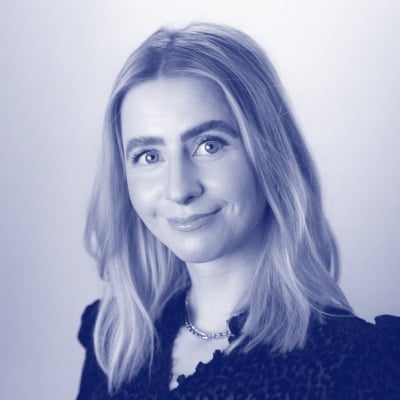